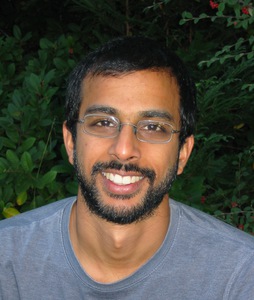 During my recent post-doctoral years in atmospheric science I have flown an inordinate amount for conferences, seeking to connect with researchers in my field and increase awareness of my work. This has led to travel which has felt extravagant, flying sometimes thousands of miles for just a few days, also seeking to minimize the time away from my wife and children.

In addition to the extravagance, flying also induces a certain sense of disconnect. I would sometimes board a plane on one continent and in one climate and hours later abruptly emerge from that sealed environment into a completely different world, where the weather could be very different and people might speak a whole other language. Reading Peter’s book made me realize that this feeling of disconnect from the world of which we are a part is inextricably intertwined with climate change. Solve one problem and you begin to solve the other.

So I decided to try it out by taking a train to a recent Earth science conference in Washington DC. It wasn’t a long trip, only a handful of hours, so the sacrifice in this case wasn’t large. But the pleasantness of parking next to the station, boarding the train with no security, riding in a roomy train seat, watching the country pass by up close, and walking to my hotel from the DC train station convinced me to try more “slow travel”. I don’t think I can commit to not flying at all, but I think I can fly a lot less. If the ground trip can be done in a day, for instance, then it seems worthwhile to try.

Nadir studies the physics of clouds, radiation, and climate at Princeton University and NOAA’s Geophysical Fluid Dynamics Laboratory. Before turning to climate science he studied mathematical physics for many years, during which he authored the textbook “An Introduction to Tensors and Group Theory for Physicists”.