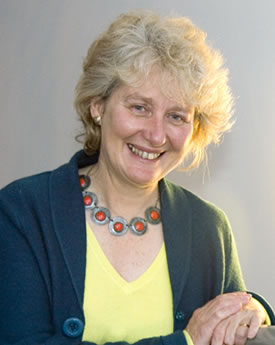 I began trying to reduce flying in 2007 by introducing web streaming for conferences. This was at first experimental, but it became mainstream for our then-annual conference ‘Innovation for Extremes’ at Lancaster University from 2008-2012.

Was it successful? Yes, we were able to stream in international speakers from the US, Canada and Japan on a regular basis. Our live Twitter feed brought participation and questions from those who couldn’t make the conference. There was still a physical conference with UK participants, but with international keynote speakers.

It was quite hard work, as web streaming then was less mainstream than it is now, but it certainly reduced carbon footprint. We didn’t get the business model quite right though, as we didn’t get the pay system for conference delegates right. But it did make people think.

I am an Emeritus professor of entrepreneurship at Lancaster University, UK. The ‘Innovation for Extremes’ conferences were a link between the university and the outdoor industry, and focused on sustainability. See https://www.youtube.com/watch?v=thOs0dqEdfA
From it grew the business I co-founded on retirement, Outdoor Gear Coach https://www.outdoorgearcoach.co.uk/