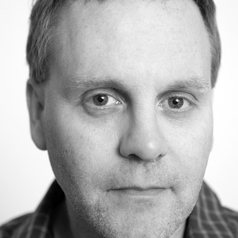 You already know enough. So do I. It is not knowledge we lack. What is missing is the courage to understand what we know and to draw conclusions. –Sven Lindqvist (“Exterminate all the brutes”: One man’s odyssey into the heart of darkness and the origins of European genocide. New York: The New Press, 1997: 2)

After learning of aviation’s considerable contribution to greenhouse gas emissions and climate change (largely from the writings of George Monbiot), it took me a few years before I was able to kick the flying habit. I was too enamored with the types of long-distance conference-going and lecture-giving that only flying allows for, and the benefits that they afforded (e.g., visits with friends, trips to places that I enjoyed or had never experienced, a sense of self-importance tied to my airborne mobility) to give it up immediately. In the face of intensifying climate change, the disconnect between what I knew was right and the way I lived–and its implications for climate change and environmental justice–became too palpable for me to continue my jet-setting ways.

The last time I stepped on a plane was in 2007. Since that time, my appreciation for slowing down–not least in terms of how often and the means by which I travel–has only grown. While the decision to forego flying has changed how (and where to a certain extent) I do my research, it has also opened up new areas of interest, forcing (or allowing) me to see more than I previously did the value of engaging what’s nearby. It has also productively pushed me to find new ways of connecting with people and places who are physically distant from where I live and work. Perhaps most importantly, it has facilitated my spending more time with family and friends, and areas close to home.

Joseph Nevins is a geographer at Vassar College in Poughkeepsie, New York. His research interests include socioterritorial boundaries and mobility, violence and inequality, and political ecology. Along with Suren Moodliar and Eleni Macrakis, he is currently working on A People’s Guide to Greater Boston (scheduled to be published in 2019 by the University of California Press).